Home » Top 10 Nollywood Movies To Kill Your Boredom During Lockdown

The coronavirus lockdown can be very boring especially if you’re used to working all the time. However, it can be a very fulfilling period if you want it to be. Binging on interesting Nollywood movies is one of the ways of killing your boredom.

If you are a lover of Nollywood movies, you will know that there is a very significant improvement in the movies. Nollywood is gradually leaving amateurism that it was known for.

Here are the top 10 Nollywood movies you can watch during the lockdown to ease your boredom: 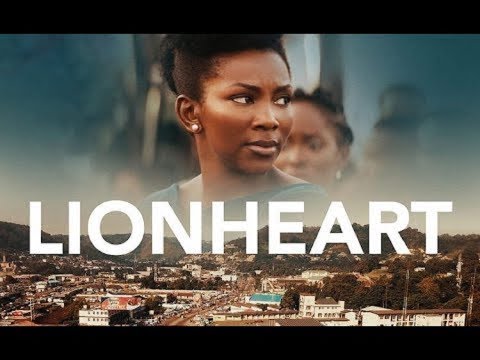 Lionheart is Genevieve Nnaji‘s directorial debut and also the first original  Nollywood movie to be streamed on Netflix. The movie tells the story of of a young lady who takes over her ailing father’s transportation company and fights to keep it from being sold. One of the best selling points of this movie is the featuring of veteran actors like Pete Edochie, Nkem Owoh (Osuofia) and Onyeka Onwenu. 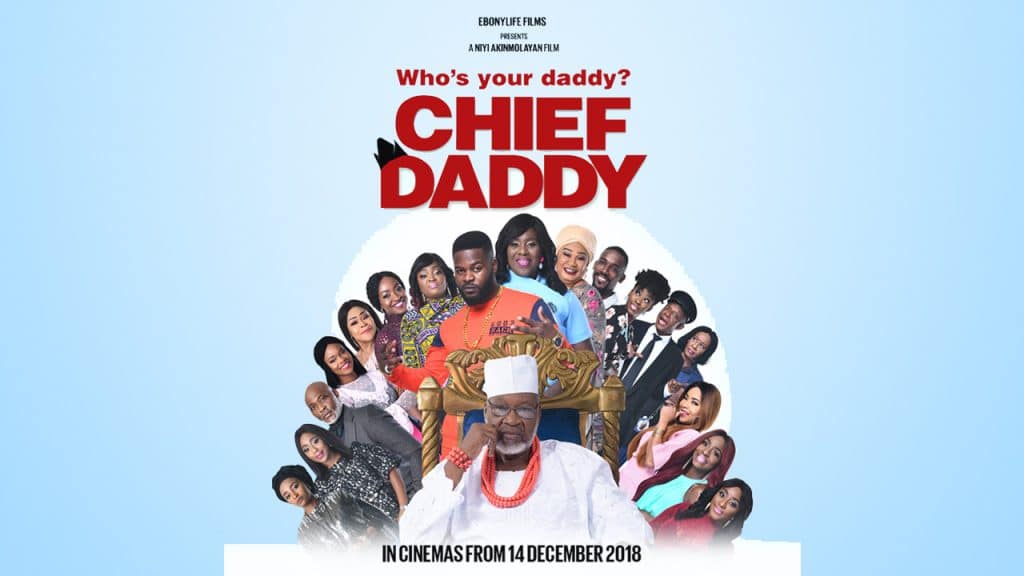 Chief Daddy is a Nollywood comedy that first streamed on cinemas in 2018 and grossed the highest box office same year. An EbonyLife production owned by Mo abudu, the film tells a very hilarious story of a billionaire industrialist who suddenly dies leaving his large family to fight over his fortune. Chief Daddy currently streams on Netflix. 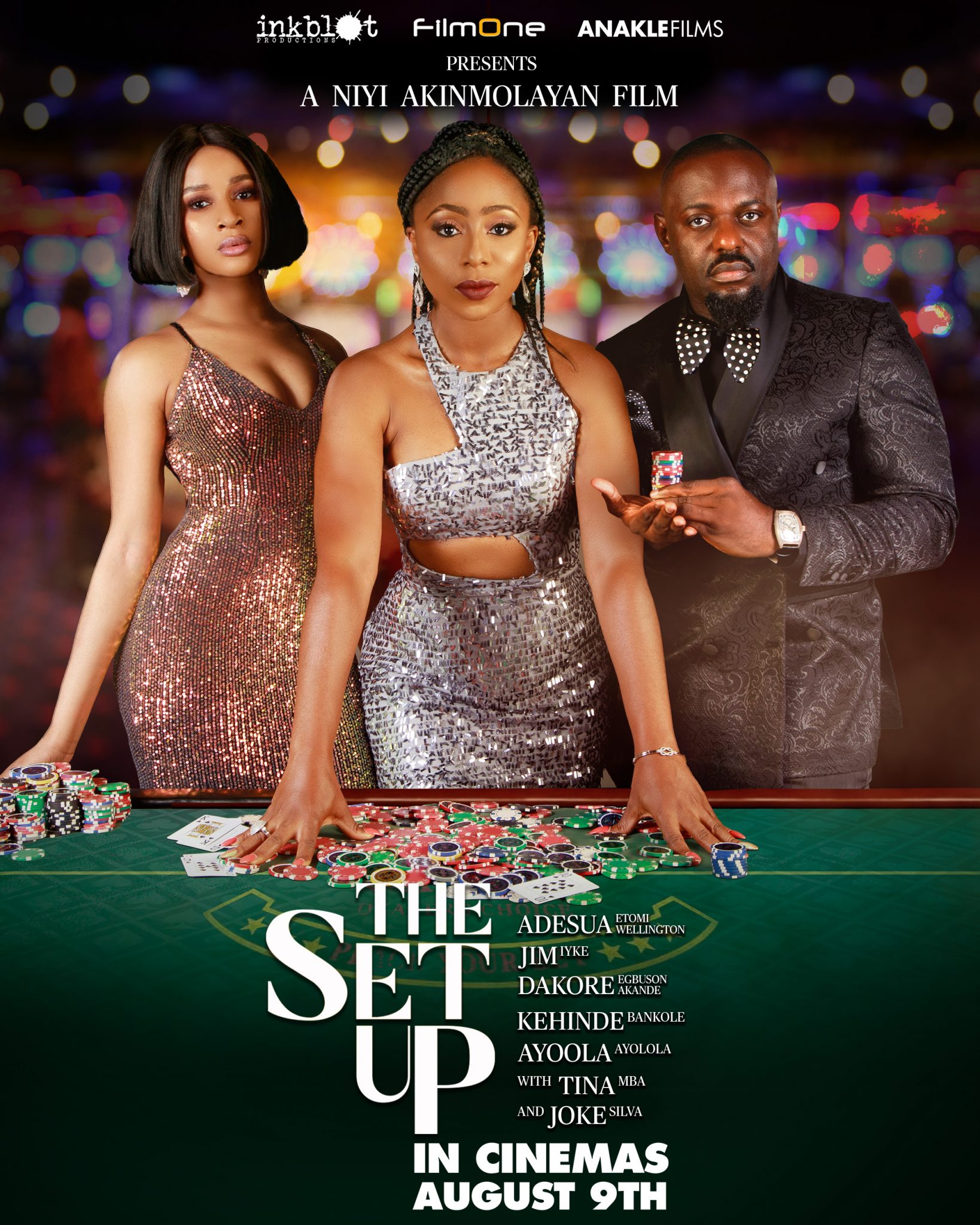 The Set Up is a crime thriller that amazed us in the cinemas in 2019. Starring Jim Iyke, Adesua Etomi-Wellington, Dakore Egbuson Akande and Joke Silvia, the movie tells a suspense filled story of a former drug smuggler and a confidence artist who bites more than she can chew after being hired by a failed businessman in a scheme to marry a wealthy heiress. The movie is currently streaming on Netflix. 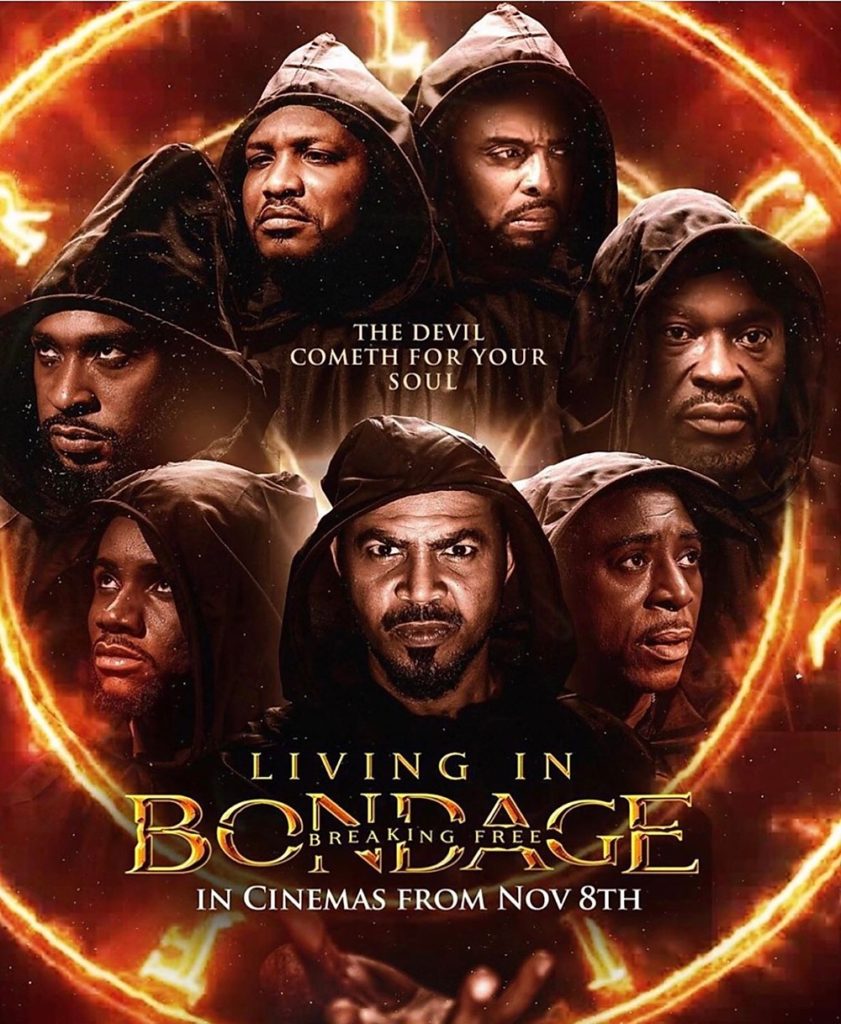 The movie is a sequel to the 1992 Living In Bondage. Living In Bondage: Breaking Free graced the cinemas in 2019. Directed by Ramsey Noah, the movie tells the story of Andy Okeke’s son, Nnamdi who joins a secret cult to afford the luxuries of life. Although the movie didn’t break the box office, it is still worth watching  as part of the top lockdown Nollywood movies. You can watch it on Netflix. 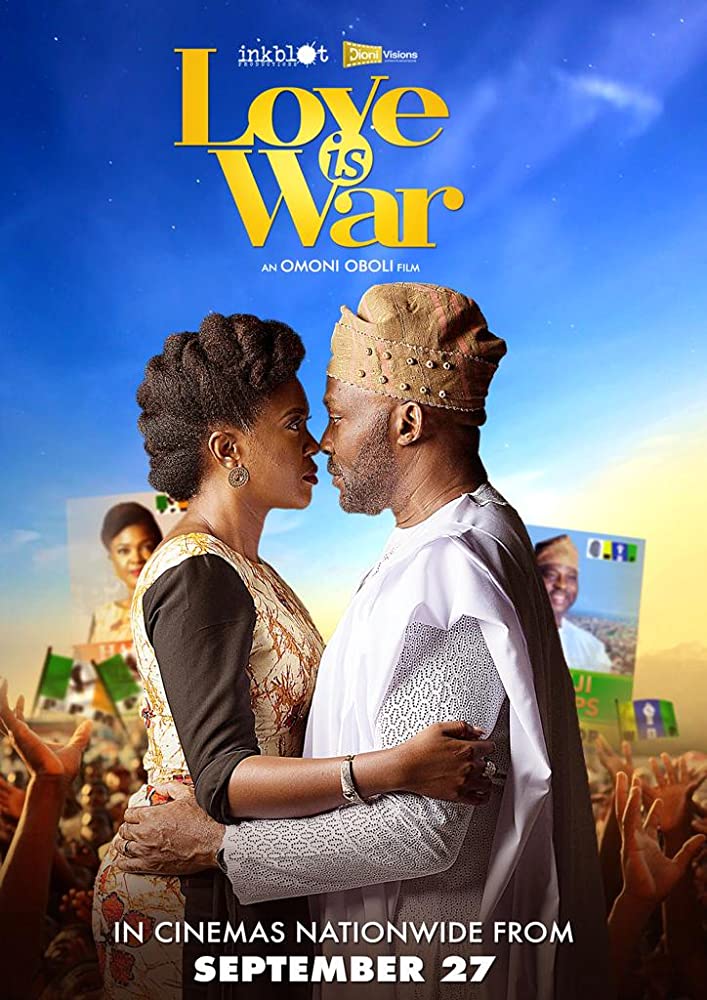 An Omoni Oboli movie, Love Is War is a 2020 movie that tells a story of a loving couple who test the strength of their marriage by contesting against each other for the post of Governor of Ondo State. Whether the storyline is one of Nollywood’s best is debatable but it made our list of top lockdown Nollywood movies. Love Is War currently streams on Netflix. 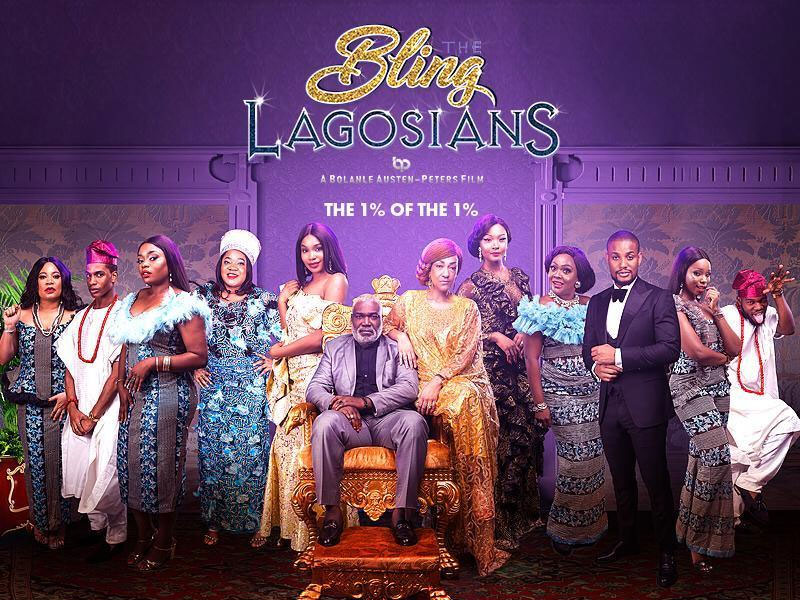 EbonyLife did it again. The Bling Lagosians is a movie about one of the wealthiest families in Lagos who are on the verge of losing their business and legacy due to debt. Featuring Elvina Ibru, Gbenga Titiloye, Sharon Ooja etc, the movie currently streams on Netflix. 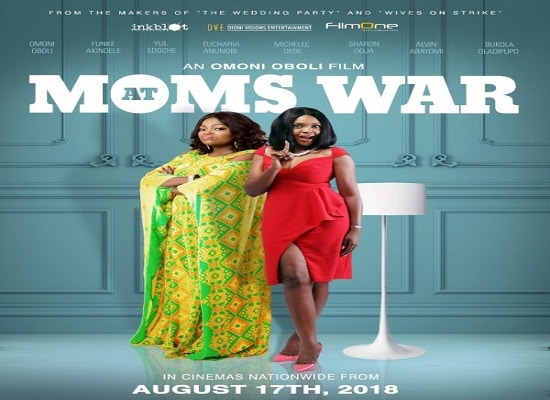 Another Omoni Oboli movie, Moms At War is a funny movie about two moms who live in the same neighbourhood but hate each other.  The movie is currently streaming on Netflix. 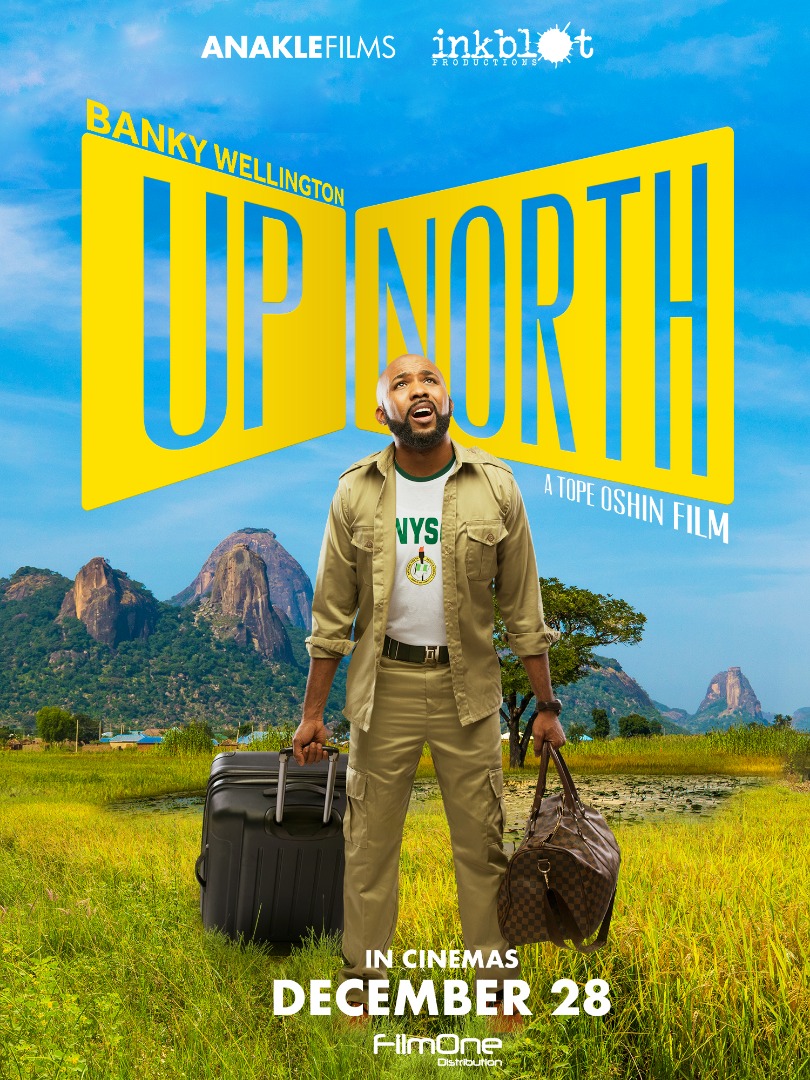 Up North is a 2018 movie that stars Bankole Wellington aka Banky W. It is a movie about a pampered heir who must complete his NYSC to inherit his dad’s assets but he finds new goals for himself during his service year. Up North currently streams on Netflix. 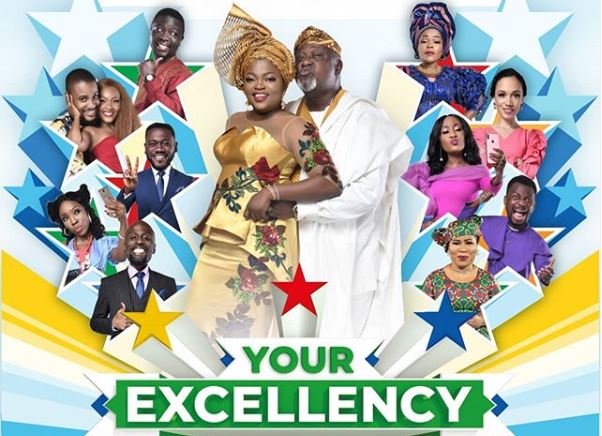 Your Excellency is a movie that tells the story of a bumbling, billionaire businessman, Donald Trump-obsessed failed presidential candidate whose disastrous campaign was saved through the power of social media. An EbonyLife production, Your Excellency was one of the highest grossing cinema movies of 2019. If you just want to laugh and forget your sorrows, Your Excellency is for you. That is why it made our top lockdown Nollywood Movies list. 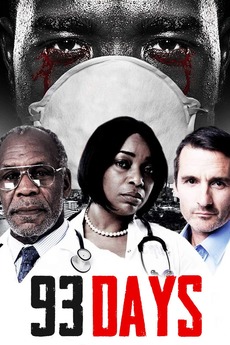 Our list will be incomplete without this beautiful biopic about sacrifice. 93 Days tells a true life story about the 2014 Ebola outbreak in Nigeria and how health workers in Lagos contained it. The movie was released on cinema in 2016 but it is relevant today especially in the wake of the coronavirus pandemic. Although it is the oldest movie in our list, we cannot get enough as it reminds of true love and sacrifice in the person of Stella Adedavoh.

These are our top 10 lockdown Nollywood movies. Do you know more? Tell us in the comment section.