Home » Who Is Your Favorite ‘Money Heist’ Character?

The coronavirus pandemic has no doubt put the entire world to a lockdown. But the lockdown has its own advantages. It is an opportunity for people to enjoy their various hobbies that they could not have enjoyed before everyone was forced to stay at home. For movie lovers, it is an opportunity to catch up on movies and television series they haven’t had time to watch in the pre-coronavirus period.

Money Heist (La casa de Papel), a Spanish flop that became an international hit is a show that currently streams on Netflix. The show debuted in 2017 but didn’t do so well on Spanish TV. As a matter of fact, the producers had intended to end the show in season 2… until Netflix saw the potential and bought the series as part of their international content.

Today, Money Heist is the most viewed Netflix show in six countries with four seasons and the fifth still in production. The show takes us on an enthralling journey on the biggest heists in Spain featuring very unique characters who have led us through series of suspense and awe.

The professor is unarguably the smartest guy on the show. He is the brain behind the heists. A genius, meticulous planner and perfectionist, the Professor is always ahead of the game. Obsessed with the heist in the Royal Mint of Spain from childhood and persuaded into planning the heist at the Bank of Spain, the professor has thought of every angle to ensure that he is successful. Not even the Government with every resources at their disposal can get him. His one flaw is falling in love with Raquel Murillo, the Inspector in charge of arresting the robbers. We are glad that this mistake didn’t cost him and his crew.

Second in command of the heist at the Royal mint and the mastermind behind the heist at the Bank of Spain, Berlin is also the Professor’s elder brother. Like the Professor, he is a genius in his own right. But unlike the professor, he is too reckless to execute his plan perfectly. He is elegant, enlightened and eloquent. A true definition of a gentleman. He is also reckless, sometimes heartless and doesn’t care about anyone but himself. Down with a terminal disease which gave him only three years to live, it explains his devil-may-care attitude during the heist at the Royal mint. But he is also a hopeless romantic, having married and divorced five times and was planning the sixth with one of his hostages.

She is the Professor’s lover. Before that, she was the Inspector in charge of negotiating the freedom of hostages at the Royal Mint and arresting the robbers including the Professor. She goes from being a law enforcement officer to a bank robber. Frankly, Raquel’s character is the most disappointing of all the other characters. Before falling in love with the Professor, she was the true boss. A smart, confident woman and a survivor domestic violence. Then she falls in love and becomes a mere lover, only functioning under the shadow of the Professor.

The narrator and one of the lead female protagonists in the show, Tokyo is what can be described as a bitch with a conscience. She is a time bomb based on her hotheadedness and gorgeous like a Maserati. But she can be annoyingly selfish and her actions often put her colleagues in very serious trouble and threaten the heists. Tokyo acts before she thinks but she also proves to be smart and dependable and a very skilled shooter.

She is “the f**cking boss” and a proud feminist. She is in charge of the important task of money and gold production. Nairobi ‘mothers’ everyone under her care, thereby maintaining a good relationship with the hostages. A champion for women, Nairobi is a strict stickler to the rules and doesn’t take crap from anyone. This makes her the most sensible person among her colleagues.

Denver is a hothead like Tokyo. Unlike Tokyo, he is not selfish. He is not very smart. But he is a loyal friend, wonderful son and devoted husband and father.

The youngest member of the group, Rio is the tech guy in the heist. He is responsible for all the technological devices used by the group. Rio is what you would call naive and immature. His love for Tokyo puts him in dangerous troubles that almost kill him.

Denver’s wife, Monica is the softer version of Nairobi. She is very smart and maternal. Hers is an interesting character having gone from a mere secretary and side chick to a wife, mother and bank robber.

Moscow is Denver’s father and a very crucial member of the group. Like his son, he is not very smart but he is a genius in digging tunnels. In Tokyo’s words, he is a very decent man.

Helsinki and his twin brother, Oslo are the muscle of the group. Helsi, as Nairobi fondly calls him, is a true definition of not judging a book by its cover. Rough and tough on the outside, he is also gentle and sweet on the inside. He is also gay.

This man eh? So annoying. Arturo is probably the most hated villian in all Netflix show right now. A director of the Mint and later an award winning writer, Arturo is also a cheat and a manipulative narcissist. He doesn’t care about anyone but himself. Although none of his actions are against the law -except for the rape of course- we still hate him for how he is constantly in the way of our beloved bank robbers. 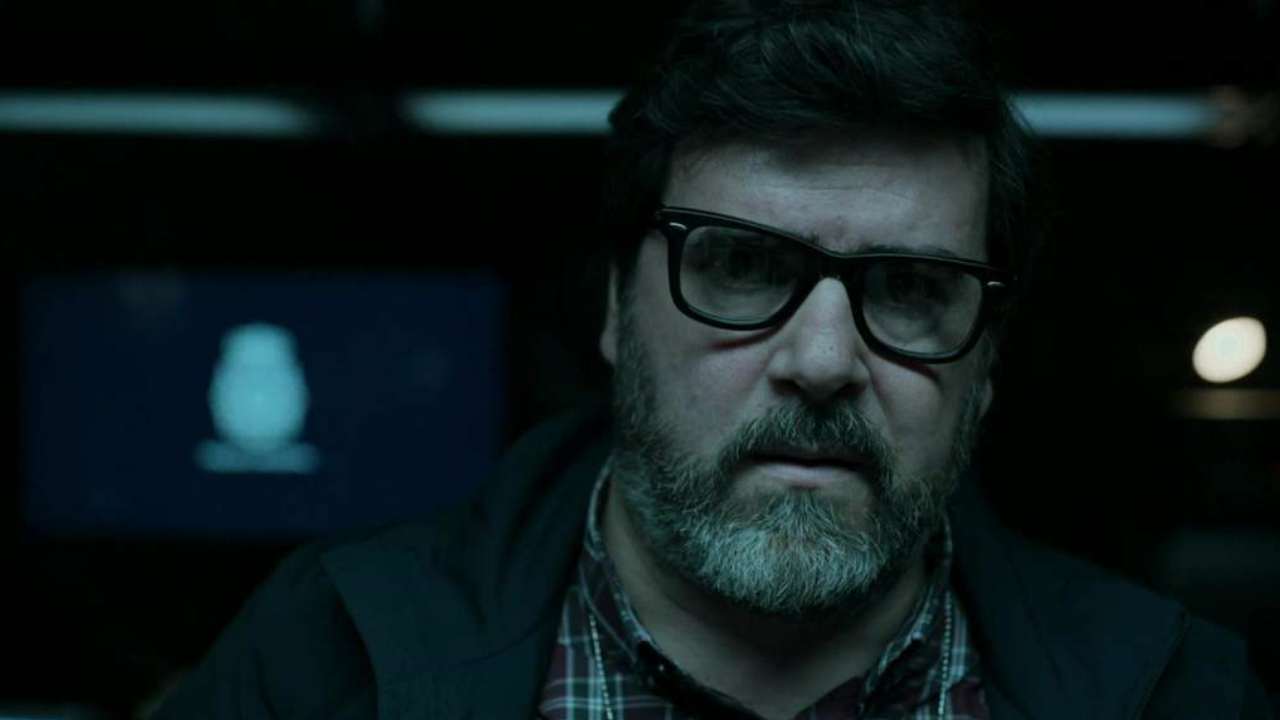 Angel is perhaps the most underrated character in the show. That is mainly because he is hopelessly in love with Raquel. A detective under Raquel and later an inspector, Angel’s instinct is often on point. He is the first officer to sniff out the Professor’s hideout. Despite his unrequited love for Raquel which makes him act irrationally sometimes, we can’t deny his apt intuition.