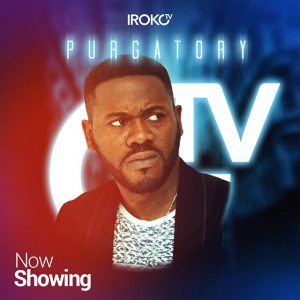 Movie is unpredictable despite telling a familiar story

Some sloppy and unnecessary scenes

Mofe Duncan could have done better

Purgatory is a ghost movie produced by Applause Entertainment Productions in association with ROK Studios. It is showing now on IrokoTV.

The movie tells the story of Chibuzor (Deyemi Okonlawon) aka C- Money, a confirmed yahoo boy, who is “not dead but I am not alive.” Purgatory is a Roman Catholic theology which explains what happens after a soul leaves the body. The concept clearly inspired this movie.

We have recently witnessed the influx of ghost movies on our screens such as Banana Island Ghost and The Ghost And The Tout.  These movies have done tremendously well and have received high ratings because of their entire superb productions.  Purgatory is not an exception. It is a perfect blend of comedy, drama, thriller and romance.

The scenes between Chibuzor and Banky (Mofe Duncan), a careless, lazy guy who doesn’t like to commit to anything, are particularly hilarious. Imagine a ghost wiring a monetary transfer to an eager lazy guy for a solution to return to his body. At the same time, we feel sorry for Chibuzor who clearly isn’t ready to meet his maker even though he didn’t exactly live an exemplary life. This, among other scenes, are what makes the movie very interesting. Though the movie started on a slow pace, it still keeps us glued to the end to the very end. There is no dull moment.

The beautiful thing about Purgatory is, though you already know what the movie is all about, you cannot really tell what will happen next. The movie’s unpredictability is awesome, contributing to why we can’t take our eyes off the screen.

The acting is superb. Deyemi and Bimbo, as usual, gave us the best performances. The actors with minor roles did well too. It was a beautiful team effort. It was obvious they collaborated well to make this great movie. The cast and crew should be proud.

Purgatory came with a few flaws one of which is the orphanage scenes in the beginning and end of the movie. In my opinion, they are sloppy and completely unnecessary. It may have looked good on paper but the screen was completely different. An impatient audience can ‘jump and pass’ the entire movie because of the first scene with those orphans praying in front of their orphanage home.

Mofe Duncan did well but his efforts are really not enough. He plays the most hilarious character but we only get a glimpse of that. That character is supposed to be light hearted and fun even though the situation isn’t really funny for Chibuzor. But somehow, Mofe didn’t give a hundred percent. He lacked consistency.

Over all, the movie is 8/10. Purgatory is definitely a must watch.